The PR-Report Awards were presented for the 14th time in Berlin. The team from Fink & Fuchs became the first firm to receive the prestigious Gold Award – PR Agency of the Year for the second time. The Wiesbaden-based communications agency already received this renowned industry award in 2003 when the PR Awards were first introduced in Germany. The jury’s decision is based not only on the firm’s extremely good economic development, but also on its overall positioning and its excellent reputation. 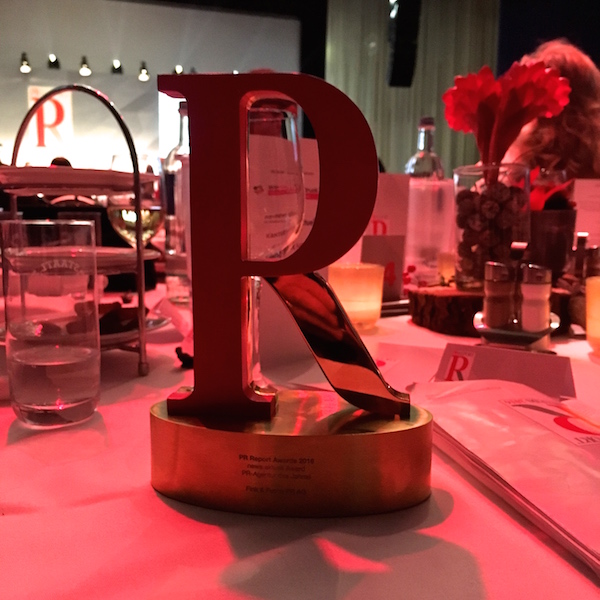 The GPRA agency completed one of its most successful years with extraordinary growth of 15.5 percent, the largest new business volume in its history as well as prominent new clients such as the cloud vendor Salesforce, the toy manufacturer Hasbro and authorities and ministries of the Federal Republic of Germany. Space was also created for further growth by opening a third office in Berlin.

Furthermore, Fink & Fuchs AG scored high in quality rankings such as the trade magazine brand eins’ “Best Agency” and the Holmes Report’s Tech Agencies of the Year. In addition, the firm is considered to be a top employer to work for as the European survey “Best consultancies to work for,” a Top Job Award and the latest evaluation by Kununu and PR-Report confirm.

Last but not least, Fink & Fuchs has been involved in research and teaching above and beyond its everyday business as well as social projects at its sites and has been conducting research projects, the results of which are shared with the industry, for over ten years. 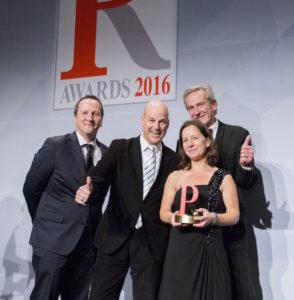 The radical change to adopting an agile, project-oriented agency organization, the successful diversification of its consulting and service offerings in the direction of 360° communications and the introduction of a new Design Thinking-based methodology served as the basis for its successful development.

Lastly, the growing committed team with increasingly more experts from various communication disciplines, the courage to try out new things again and again, and the willingness of its clients to follow it on these paths made this success possible.

More than 400 communications professionals came to the Winners Night of the PR-Report Awards at the former KOSMOS film theater in Berlin. Under the new management by Medienfachverlag Oberauer, a “Finalists’ Festival” was held here during the day for the first time ever. The strategists from companies and agencies presented their nominated campaigns to the expert audience. The jury, chaired by Daniel Neuen, Editor-in-Chief of PR-Report magazine, had already decided on the shortlist in the summer.

The Gold Award “Grand Slam” for the best campaign of the year was awarded to the Employer Branding campaign of the Bundeswehr “Mach, was wirklich zählt!” (“Do what really counts!”). In her laudation, Federal Minister of Defense Ursula von der Leyen praised how the project was carried out by the agency Castenow Communications. The communications team of the Munich police was honored as “PR Team of the Year” for its professional work during a killing spree in July, while press spokesman Marcus da Gloria Martins also received the Gold Award as “PR Professional of the Year.” In addition, awards were presented to young professionals from the project #30u30 at the gala. A total of around 80 projects and campaigns in more than 20 categories were nominated. For details on the finalists and winners, visit http://prreportawards.de/gewinner/gewinner-2016/.

We would like to congratulate all of the other winners and our colleagues who “only” made it onto the shortlist. In looking back at 14 years of the PR-Report Award, we can say that the quality of the submissions has more than met with the changing and, above all, growing demands placed on communication. We regard being honored as PR Firm of the Year as recognition and an incentive for the future and look forward to the next Winners Night, as either a guest or a nominee. 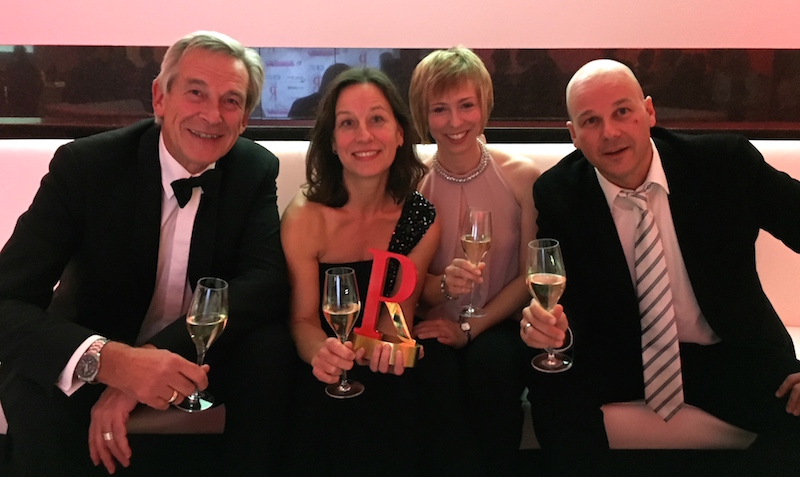